“Government should not do everything for us. Let us form a community.” – Chudi Obiofuma.

In October 2019 – and as part of the #UPG2019 journey #TowardsAGreaterLagos – we met Mr. Chudi Obiofuma, Founder of CheckMyPeople.com. He shares a powerful solution that helps people to help themselves.

He reminds us that we don’t have to wait for others to fix the security challenges posed by unverified domestic staff. And he describes how CheckMyPeople.com is an effective part of the solution that we can all use with minimum effort and maximum results.

His ideas, approach and solution are all consistent with the #UPG2019 notion that we can all play a role in the journey #TowardsAGreaterLagos. ~ United People Global 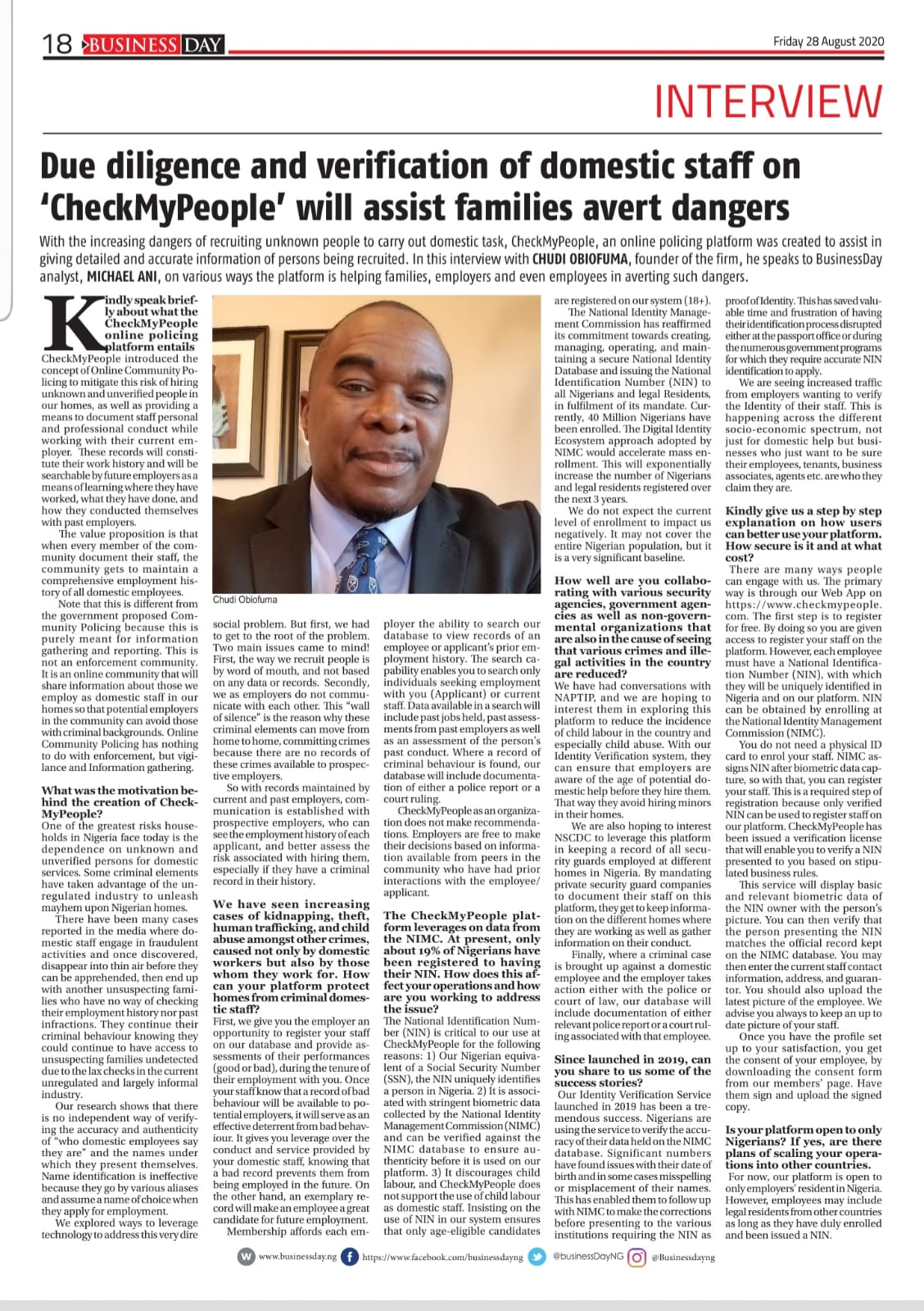 CheckMyPeople discusses the benefits of verifying people before you hire them as Domestic staff. Even when you hire them, do not rest on your laurels, make sure you document them on Checkmypeople.com. That way you keep a record of them, while building a searchable work history.

Let’s do the needful and be diligent, may save many Nigerian lives. #trustbutverify 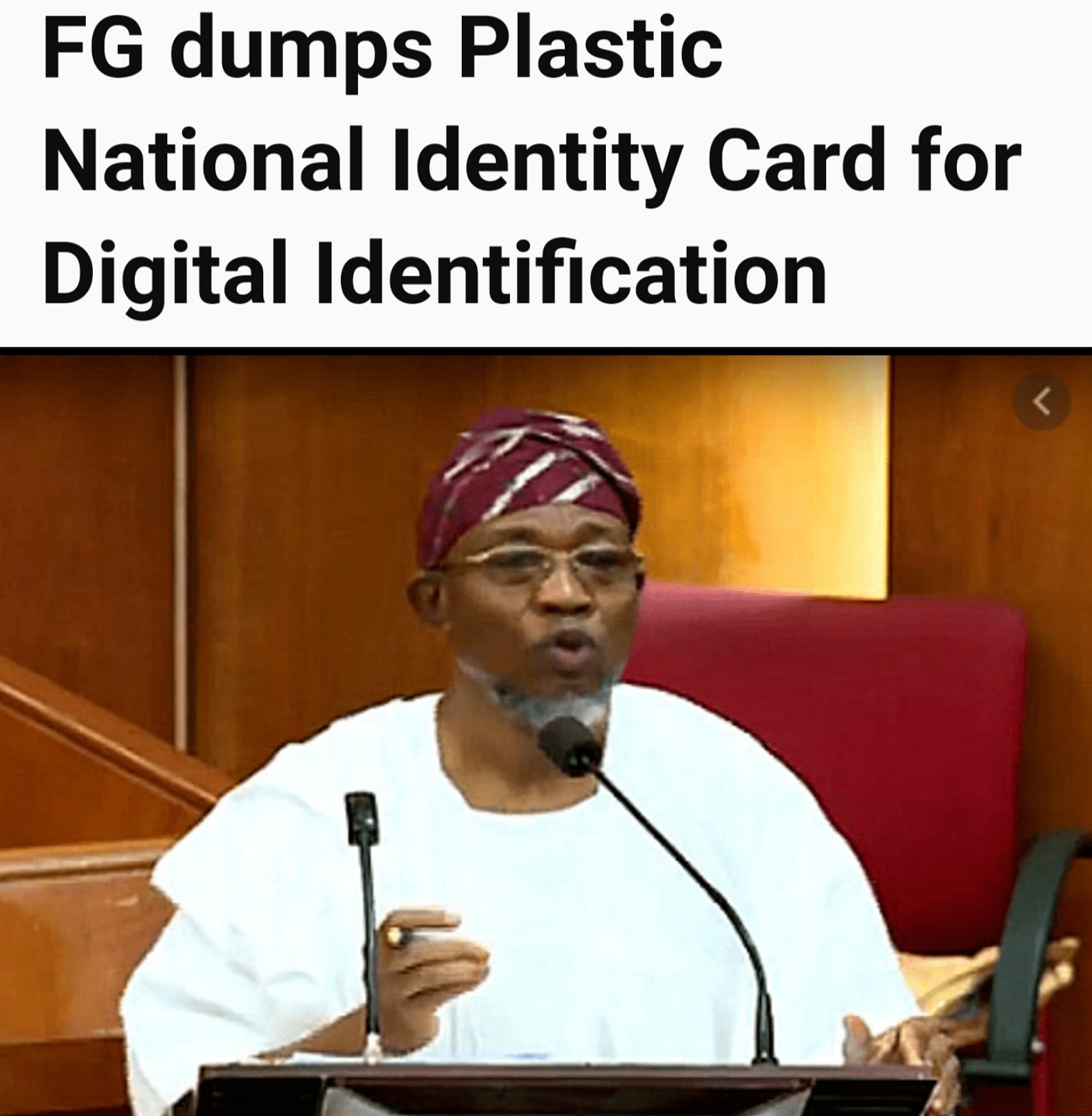 The Federal Government on Thursday announced that it was opting for a digital national identification instead of the present plastic card.

This implies that the registration number (NIN) issued by NIMC to a registrant, and not the plastic card, will be the recognisable means of identifying any Nigerian captured in the database.

Our Identity Verification System (IVS) is used to verify National Identification Numbers against the NIMC National Database to ensure people are who they say they are.

A call has been made for Nigerians to carry out background checks before hiring domestic workers for their homes. This admonition was given by CheckMyPeople Limited, at the public unveiling of its Identity Verification Services (IVS).

“ENSURE YOUR STAFF ARE WHO THEY SAY THEY ARE!
#TRUST BUT VERIFY”

An Online Community Policing platform, CheckMyPeople Limited, has identified one of  the greatest risks households in Nigeria face today as dependence on unknown and unverified persons for domestic services .  A representative of CheckMyPeople,  Mr. Chudi  Obiofuma,  noted that Nigerian households employ domestic staff  to help with many tasks,  and can afford to have on average two to three domestic staff working for them in one capacity or other. Job responsibilities include; Drivers, Cooks, Maids, Nannies, Security Men, Gate Keepers, Child Minders, Lesson coaches, etc. 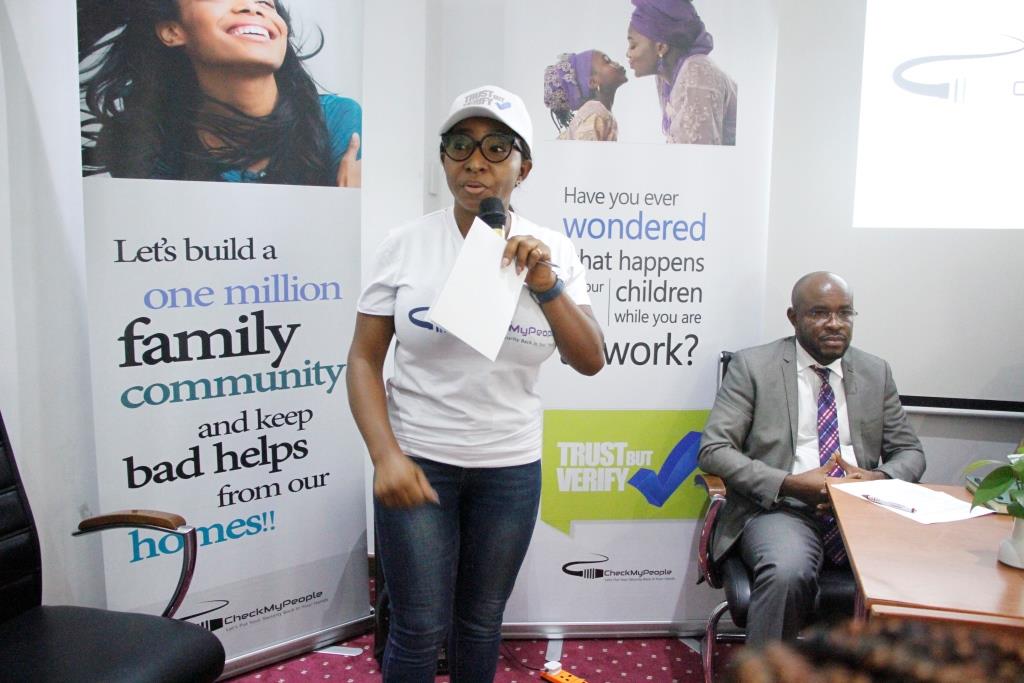 According  to Mr. Obiofuma,  the way employers recruit people is usually by word of mouth, and not based on any data or documentation.  People are usually employed through an informal process of referrals, where a family will request the services of a person or agency to search then present candidates for screening and employment, often for a significant finder’s fee plus expenses.

These families, he maintained,  rely on the words of these middle men and women and have no way of independently verifying the information provided to them. Consequently, most  families have been disappointed with the quality of services provided by their domestic staff,  and some have been subjected to theft, job abandonment, poor services, incompetence, and in extreme cases,  physical harm  to their families like poisoning, kidnapping and even murder.

He also noted  that we as employers do not communicate with each other. This “wall of silence” is the reason why these criminal elements posing as domestic staff can move from home to home, committing crimes, as there are no records of such crimes available to prospective employers.  Thus, someone is able to commit a crime in one home, gets fired and quickly get a job in another home under a new name. With no knowledge of their past, the unsuspecting family bring them in and they are able to commit  even more serious crimes.  As currently practiced he maintained, employers have no way of determining  who these people are, where they have worked, what they have done in the past and if they have a criminal past.

To address this absence of background information on prospective domestic employees, he said CheckMyPeople has  introduced the concept of Online Community Policing .  This, he explained is where families come together in an online community to share information about domestic staff that they employ in their homes.  Each family is responsible for documenting the people that work for them on an online database.

He believes that when every member of the community document their staff, the community gets to maintain a comprehensive work history of all domestic employees within that community, and hopefully Nigeria at large.  So with records maintained by current and past employers, communication is established with prospective employers, who are able to see the employment history of each applicant, and better able to assess the risks associated with hiring them, especially if there is a criminal record in their past.

Checkmypeople launches the Identity Verification Service for employers to enable verification against the National Database maintained by NIMC, to ensure people are who they say they are.

The rising rate of crime within the nation’s business ecosystem has been blamed on identity theft. To curb such incidence, an online community policing platform, CheckMyPeople Limited, in partnership with National Identity Management Commission (NIMC) has launched Identification Verification System (IVS) to prevent forgery and crimes among employees especially the domestic ones. 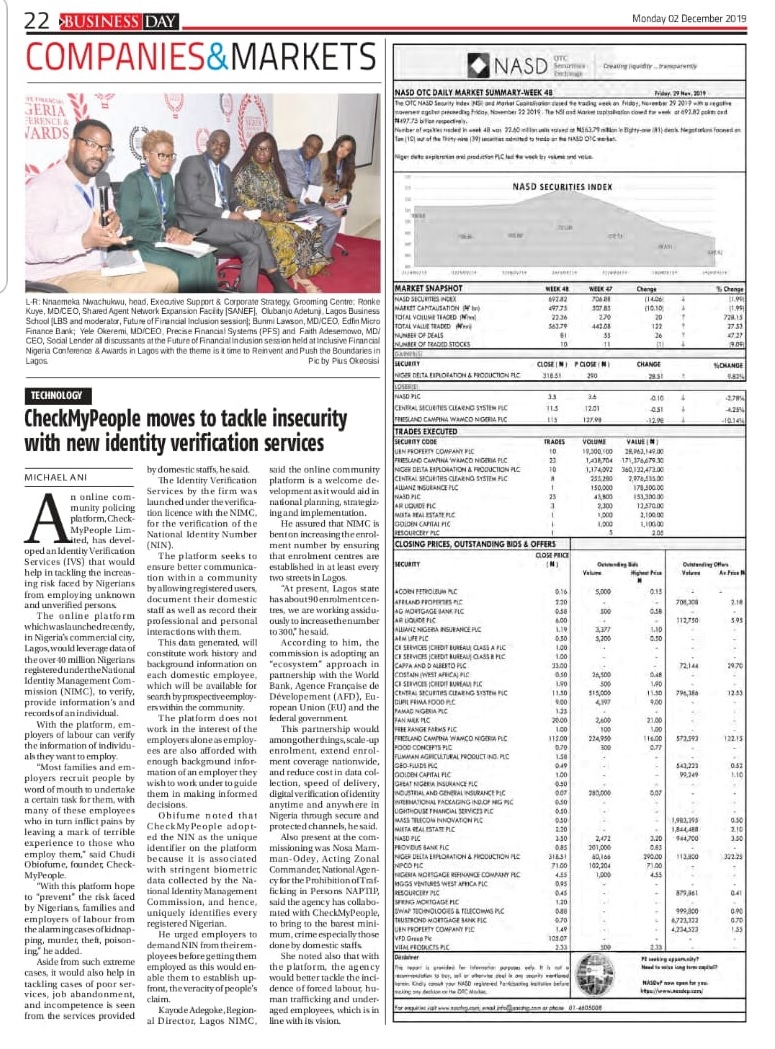 CheckMyPeople featured on Seriously Speaking with Adesuwa Onyenokwe to discuss the risks associated with hiring unverified persons as Domestic Helps in our homes. 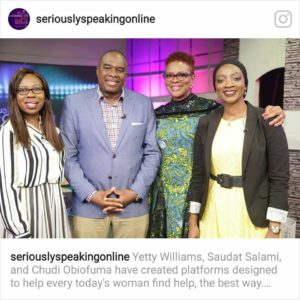 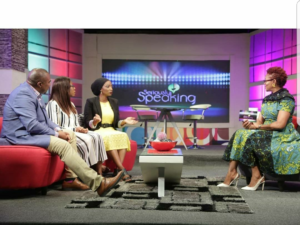