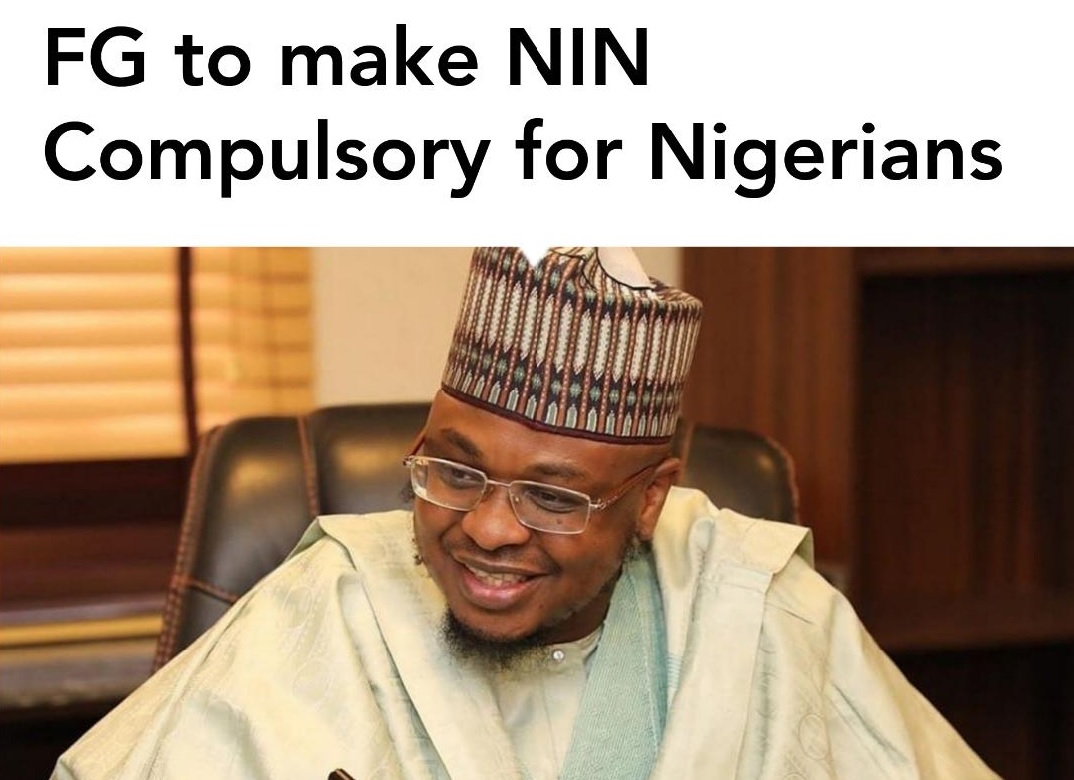 Minister of Communications and Digital Economy, Dr. Isa Pantami has announced that the National Identity Number is compulsory for Nigerians and Legal Residents.

The Minister who said this while receiving the National Identity Management Commission (NIMC) management team in his office in Abuja, asked the agency to raise its monthly digital identity enrolment of Nigerians from the current 500,000 to 2.5million.

Dr. Pantami further directed the commission to set up complaint units in its centres across the county to ensure that the complaints of Nigerians were promptly addressed.

In a statement released by the Minister’s spokesperson Uwa Suleiman, it was gathered that Dr. Pantami stated that he is “committed to ensuring that citizens easily obtain secure digital identity” and urged them to “enroll as soon as possible.”

“This is imperative because the National Identity Number (NIN) will soon be made mandatory for accessing government services and interventions.
“Digital Identity is one of the key requirements of any digital economy and it is captured under Pillar #6 of the National Digital Economy Policy and Strategy (NDEPS) for a Digital Nigeria.”