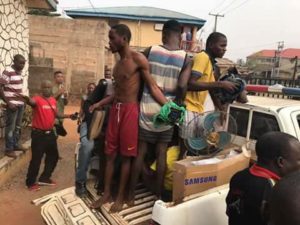 A retired military officer identified as Major Afisatu Ajuya has been killed and her body set ablaze alongside her apartment.

The crime was on committed on Sunday by a security guard she employed.

It was gathered that the security guard whose identity was yet to be ascertained as at press invited eight other persons to join him to commit the crime.