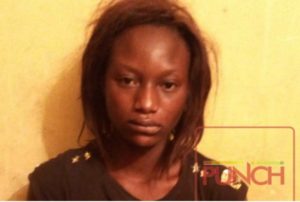 Doctors at the Lagos State University Teaching Hospital, Ikeja, are battling to save the life of a civil servant in the state, identified only as Mistura, after she was allegedly attacked by her maid in the Ejigbo area.

PUNCH Metro learnt that Mistura had been in a coma since Monday, March 5, 2018, when she was attacked with blended pepper and a wine bottle by the maid, identified as Susan Samson.

“An agent brought her to my wife on February 4, 2018. The girl said although she was from Ogoja, Cross River State, she had her primary and secondary education in Ikorodu, Lagos State, where she had lived the better part of her life.”